Written by Amanda Darkins
Updated over a week ago

This article will cover:

Fleet Segmentation, creates an opportunity to distribute operational tasks and have multiple process flows while maintaining a centralized business unit. It is intended for air charter operators that may have multiple certificates/bases and/or a diverse fleet with varying operational constraints and dedicated teams but still want to consider all aircraft in a single account/schedule for demand placement and overall visibility.

This feature also creates a subset of aircraft within an Avianis account to organize all managed aircraft. This is intended for use in process flows occurring before a direct tail assignment for various Avianis records.

The Fleet is available for any user who has access to the managed aircraft for their operation. It is located in My Company > Aircraft > Fleet. The user roles that can access Fleets are: Admin, Ops Manager, Chief Pilot and Fleet Administrator. 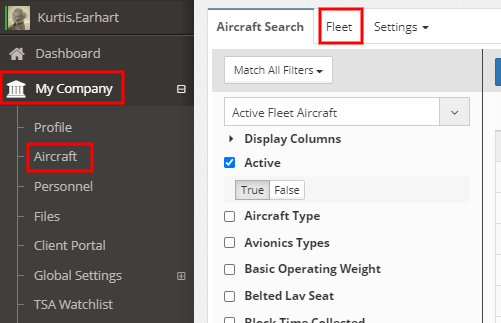 Once within the Fleet tab you can create a new fleet by selecting the blue create button. The following fields are required when creating a new Fleet: 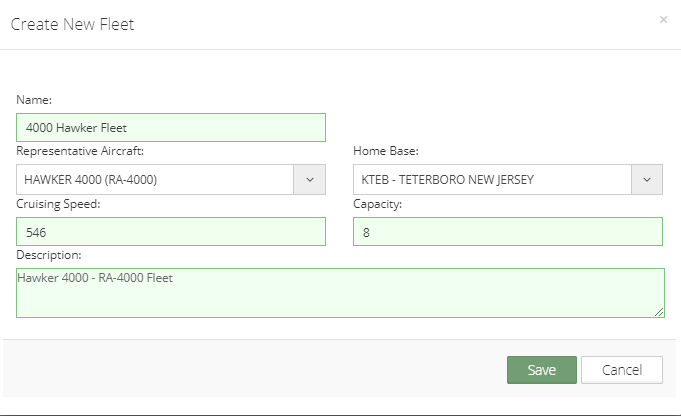 After creating the Fleet, there is the option to add tail numbers that are a part of the account's managed aircraft. View Member allows the user to see what aircraft are currently tied to the fleet. View Other will list out all of the aircraft a user can add to the fleet.

It is not a requirement to have managed tail numbers listed within the Fleet, but a Representative Aircraft is required in order to utilize Fleets within the application.

While there is no limitation to the amount of types of aircraft that can be listed or linked to one Fleet, a managed tail number can only participate in one Fleet at a time.

The fleet name and description can be edited post creation. If the name of the fleet is changed this will simultaneously change the representative aircraft tail number name.

Much like the current aircraft, fleets are unable to be deleted but can be marked as Inactive. Even if the fleet is marked Inactive within the account the name of the Fleet can not be used again and will result in an error when attempting to create a new list. All aircraft must be removed from the Fleet prior to it being marked as Inactive.

Fleets can be searchable/sorted on all applicable search pages such as Trip Search, Flight Leg Search and Quote Search as a Display Column. Within all aircraft profiles there is a header titled "Fleet" if an aircraft does not belong to a specific Fleet this will remain blank. If the tail number does belong to a fleet the information will display there.

While Fleets can be located and accessed through aircraft profiles they are unable to be edited from anywhere except the Fleet Detail page.